In Our Skin:
Stories of our most comfortable moments

i think of my body, how familiar it is to me, and i remember that having a different one would mean not having this one

whenever i’m uncomfortable in my skin, i think of the scar on my leg from a too-hard dirt sports field that turns pink at the edges when it sees too much sun. i think of the one hair on my right arm that’s dark brown, not light, and i think of my eyebrows--of all the places they’ll grow back now that i’ve plucked them. i think of the roughness of the skin at my elbows and the faint freckles on my forearms and my cartilage piercing, swollen currently--so i also think of the three or four salt-water soaks that will coax it back to normal. i think of my body, how familiar it is to me, and i remember that having a different one would mean not having this one; would mean not knowing that, in this humidity, my face doesn’t need moisturizer but my hair needs a little gel; would mean losing the single thing i know more intimately than i know anything else in this world.

She studied my body like an explorer or a scientist, and told me how fascinated she was by bodies in all their forms, all their flaws.

When I met the woman who would end up being my wife, I had a pretty strange reaction. I’d never met someone so forward before. The night we met was in a bar and she asked for my number and tried to kiss me. I was in something like a state of shock. Or, I guess you could say I was terrified. Had she made a mistake? She invited me out the next night and the next. When she tried to make a move on me, I felt like I was squirming under her attention. It wasn’t that I wasn’t interested – I’d never been more interested – but I didn’t have the healthiest self-esteem, and it felt like I was exposed under a microscope. The closer she looked, the more she looked, the likelier she was to see all the problems and flaws that I had. And I really didn’t think I could handle liking her so much and it not working out, which I was sure was bound to happen since I did feel so flawed, was convinced I had so many problems. I had to get a little drunk to reciprocate, and almost put her off by how much I expressed my nervousness and lack of confidence. She studied my body like an explorer or a scientist, and told me how fascinated she was by bodies in all their forms, all their flaws. I had never met anyone like her. She hadn’t listened to what magazines or TV or whatever tells us are qualities of beauty and interest – the things that, I hated to admit, I had just accepted without question and used as measures for my own worth. She sees bodies as stories, not as pruned and polished versions of ourselves that hide away who we really are, but expressions of what someone has been through and access points to getting to know each other. I’d been focusing on the wrong details, all along. She drew out of me beautiful parts of myself I didn’t know I had, taught me to celebrate rather than apologize for myself. And now I look forward to sharing with her how my body will change over time, as my wife, rather than worrying about any form I might take or keeping my body looking any way it used to.

Self-Confidence is always "In"

I remember on May 25th of 2014 my manfriend told me "I know you feel comfortable here in Shanghai,  but don't allow the good situation you have here become the enemy of a greater achievement."

It 's hard to release something that's been a part of me for so long.
My hair.
Long hair can bring out girl's inner beauty.
Long hair can make a girl feel slim.
Long hair is always "In"

Sometimes I visualize myself having a very short hair cause I think it's cool but I don't have the courage to face that new look.
I had this doubt that I won't look good because my weight is also a factor,
so I am not confident enough to cut my hair short.

One day, I was at a wig store, so I put on a bob cut curly blonde hair and took a selfie, and I sent that image to my manfriend.
To my surprised he liked it, he thought
I cut my hair short, so, I pretended that I did.
Then he offered to pick me up from the subway station so we could walk home together. As he was walking towards me his smiles vanished and he told me "Oh I thought you cut your hair. " I sensed the disappointment in his voice.

The next day I took the plunge and cut my hair.  Surprisingly it felt good. From that day on I feel different, I feel sexier, prettier, and I'm glad that my manfriend encouraged me too.

The days of being self-conscious in front of strangers had long since passed, as had the hours of self-scrutiny.

I wasn’t in particularly good shape. In fact, the etched abs and toned thighs had faded after two years of being sedentary.  But when I walked naked through my dilapidated lane house, I felt confident that she found me as sexy as I found myself. It wasn’t my intent to perform for her. I wasn’t naked because I hoped to entice. I had simply felt so at home in her that I forgot to be bashful.  The days of being self-conscious in front of strangers had long since passed, as had the hours of self-scrutiny. It was only because I loved myself that I could allow her to become an extension of me.

It was like I had been seen, that she had discovered what I was hoping was buried out of sight.

The first time I was really in love, I got my heart broken. Instead of the love elevating my sense of self, it destroyed it. I went running – away from the city where I’d fallen in love and made my life, and also from the idea that the fact that I’d been in love with a woman might not have been a fluke. I didn’t embrace my emerging queer identity; I shoved it deep down inside, fought it, associated it with my broken heart and not liking myself much anymore. I traveled for two years where no one knew me and tried on being strictly hetero again but it was a bit like a disguise, a shield around my broken heart and wall around what I both wanted to feel but was afraid to feel. But soon after I returned back home, a woman happened to hit on me in a bar. It was random, but it woke something up inside of me. It was like I had been seen, that she had discovered what I was hoping was buried out of sight. And what surprised me was that I liked what I saw her seeing. I knew it was authentic and it was beautiful and it was me. As I walked home that night, in the dead of winter, dressed in layer upon layer, I felt revealed. My body suddenly seemed like a key that could open up a whole world of possibilities, rather than a barrier that kept me from happiness and fulfillment. I’d spent so much time avoiding who I could be and hadn’t noticed that all the things I thought I didn’t like about myself were, when I stopped fighting them, actually the parts of myself I was most proud of.

About the In Our Skin Story Project 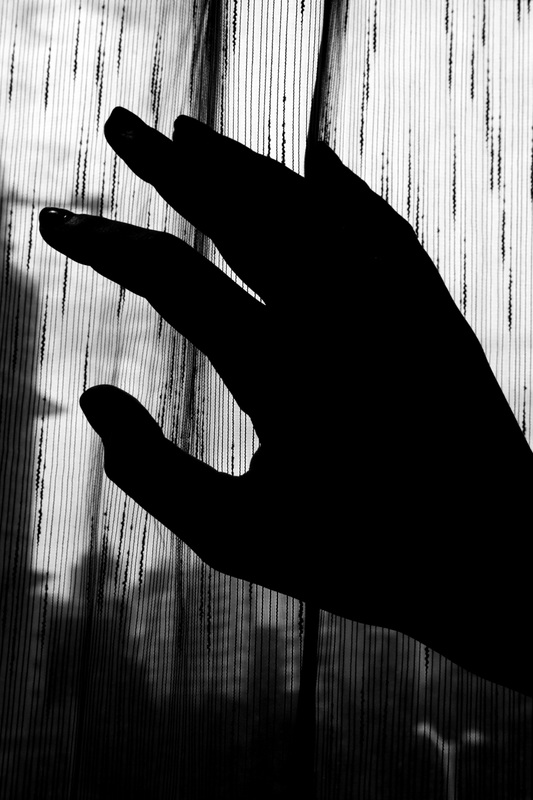 The Story Project started in 2015 as a conversation among friends. The idea was simple: when you are comfortable in your own skin, you have better intimacy and better sex. It all starts with self because sex is at once a most selfless and selfish act
Tell Your Story
ga('send', 'pageview');